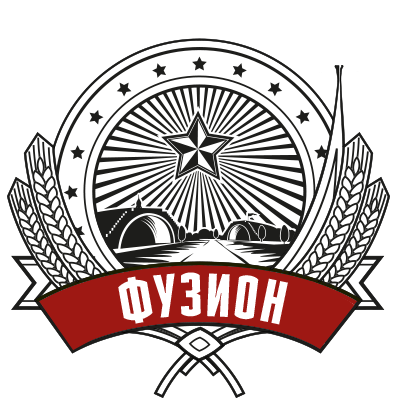 Far from everyday life we celebrate 4 days of parallel society of a special kind, looking for a possibly better world. We know, there's always a ''but''. We also feel that there is no real place where all of this comes true.

Nevertheless, or exactly because of that, it is important that FUSIONists from all corners of the continent meet in this very place. They feel what makes us all brothers and sisters: The desperate search for more than THIS life can offer it's all that we want and we want it now.

A lot of people may have asked themselves this question. Of course, we have written stuff about us and our structures over the past years and a lot of people have known the festival for quite some time now. Still, we would quite like to lighten up for you the darkness around ''Kulturkosmos'' once more.

Since its foundation in 1999, the non-profit association "Kulturkosmos" is the festivals host and organiser. While the association remains the legal base of the project, above all we understand ourselves as a steady group and community. Planning as well as front-end work for the festival are certainly in the hands of this community. Most of us spend all their spare time in and for this project and apart from a few exceptions everyone is working voluntarily throughout the year, the theme being: ''Everyone is doing as much as possible, and if that doesn't work out someone else has got to do it or it's simply not done at all.''

Fusion has become so big that things like  accountancy or  the maintenance  of the festival ground throughout the year  can not be done  on a voluntary basis anymore.  That's why  there are few people fully employed  on a permanent basis or  part-time for the  Kulturkosmos  Association. In terms of entertainment, design & construction of the festival ground (which is owned and inhabited by the association throughout the year) and maintenance of the buildings, the work to be done is so extensive by now that it simply can not be entirely managed by just the club members. For that reason permanent positions arose here as well. Most of them come from this region and they are marvellous colleagues indeed. It's those people that we owe the fact that many jobs that have to be realised way before the actual festivals starts are completed in due time. Appreciation at this point!

Now during that time shortly before the festival a lot of our friends and sympathizers are coming to help and support us with the festival preparations. Most of them are coming weeks before the festival and work together with us to realize the festival. Additionaly we get support from young people from the region who are supporting us with small tasks which have to be done like digging canals or cleaning out the little forests. It is this big number of people who are helping us before and after the festival.

Once the festival has started, it's a completely different story. Over the past 20 years a remarkable network developed alongside the FUSION festival. Over 200  very different groups as well as many kick-ass lone fighters are cultivating this network, which puts the festival into practise every year. During the event around 10000  people from Mecklenburg and other parts of the country are working on the site including 2500 Supporters. This  is probably the biggest   reason why Fusion always happens in such a relaxed, smoothly running way, making it possible to release so much positiveenergy  every year.

In every day life most of the participating groups are engaged with  subculture, left-wing politics, arts and youth work.  All of them together create the  base   necessary to make it possible to accomplish such an eclectic and big event like this. Each group has got different fields of duties and in agreement with us they all work very much self-responsibly and independently where ever that's possible. Some of those groups for instance manage the bars on the festival. This means that there are  no private benefits  coming out of the  beverage sales. Thus, with  every drink you buy  you are supporting a youth support project, a cultural initiative or a left-wing political project. Other groups are supervising the different dance floors, stages and hangars as well as the toilets and showers or they manage admissions and the traffic.

This Backstage section wouldn't  be complete without a tribute to  over 3000 artists who make Fusion a melting pot of extremely diverse music, artistry, theatre and optics. The extent to which  they are  contributing to the festival's success is crucial - without them, all the other work around Fusion  would be for nothing.

You are very welcome to take pictures at Fusion festival – if they’re for personal use. However, we don't appreciate people running around with a camera, thinking they can actually take their experiences back home on a microchip. And we can also easily do without the countless bad pictures and boring films that pop up on Flickr and YouTube shortly after the festival.

We would also like to ask that you use of your pictures responsibly. Please remember that you should respect and under no circumstances abuse another person’s rights regarding their own image.

Keep the good memories in your heart - not on a chip!